Had to replace upper steering column bearing but the housing that it mates to is made of plastic and is chewed to pieces from not being replaced by the previous owner I can't seem to locate this part and feel I might be better off just replacing the column itself looking for suggestions were I might find one? The pic on the right is the sleeve that I'm looking for it is worn out
Column Shift

The left picture shows the lower steering shaft bearing however judging by the adjuster clamp being visible.

Is this a tilt column car? Do you need the outer mounting for the upper or lower steering shaft bearing?
L

It is the lower bearing assembly that mounts at the bottom of the column. The plastic or nylon piece is worn out causing the shaft to move all over the place so I'm looking for something to hold the bearing in turn holding centering the shaft it is an automatic with column shift

The part number is different for tilt vs non-tilt columns.
L

Hard to find been looking everywhere No Luck So Far

Does your car have a tilt column?
L

The GM part no is 385983. That part number was used on 1965-66 Buick Skylark with automatic, non-tilt column. Was not able to find any listings for this part (new, reproduction, or used).

Some similar adapters are being reproduced. A steering column rebuilder dealing in muscle cars might be able to supply this part. Application data shown by some suppliers is suspect. It does not agree with the original GM master parts book references I used.

The 1964 GM Chevelle, Skylark, Cutlass intermediates used a part no 383873 adapter which mounted to the column with a snap ring. Chevelle continued to use it in '65 and '66. This one is being reproduced. My guess is it would be a long shot to adapt it to fit your car. 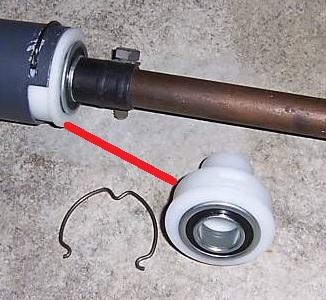 The Cutlass for '65-66 used a part no 385984 which is also being reproduced. This one bolts to the column. You might be able to tell if it could be modified for the Buick. 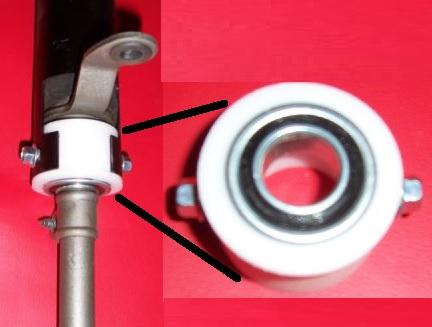 Here is a reference for a column rebuilder who indicates they have adapters available. The 2040-parts.com site appears to be defunct as the listing is very old. However the rebuilder CJ's Rods and Machines Pfafftown, NC (336) 922-1873 appears to still be in business.

Yes very hard part for sure might have to replace the column any idea what might fit?
Info is always appreciated
L

Maybe a wrecker somewhere I can find a donor column
T

Use a piece of Delron & cut & fit into shape. Have done it in the past. Used two small self tapping screws to hold it in place. If screws are mounted & spaced properly the screws can hardly be visible.

Sorry, but no. You will have to check the dimensions for yourself.

LJC said:
Maybe a wrecker somewhere I can find a donor column
Click to expand...